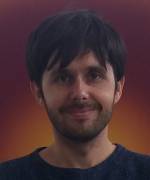 I do not like writing about astrology for a single, very simple reason. After ten years of studying this cosmic field, I still describe my level as “an advanced beginner.” Whenever a friend of mine calls me with a trembling voice and says, “Mike, please have a look at the stars because I am lost yet again,” I approach such matter reluctantly, due to my unfortunate level of understanding. The first thought that comes to my mind is, “So, who the hell should know what is going on? Me, or the position of the planets?” Torn apart, that is how I feel, like the zodiac Libra, on one scale putting my (lack of) astrological knowledge and on the other the tragic life of my friend. I sit down, turn on my laptop with an astrological program and before I even enter any data, an Eastern maxim appears in my mind: “You already know!” Configuration is known for months, and I can bet that my friend’s shaky voice is a result of an inharmonious aspect of Uranus and Pluto, that “strikes” into some important spot in her radix. Such a disharmonious aspect (my friend describes it as “shitty”) is called “square,” and it might square our accounts until the end of 2015. Afterwards, it’s going to be a walk in the park, piece of cake, or whatever I want to call it. In the meantime, however, we resemble the mythical Sisyphus, trying to roll the stone up the biggest hill in our area. We all know how it ends (does it?); unfortunately we realize that after yet another failed attempt. At this moment I propose a moment of relaxation, so that we are not overwhelmed by our stone vision at the very beginning. This author, as a typical representative of a Virgo sign, will analyze (favorite word of a Virgo) how the following zodiac signs will walk in rather uncomfortable Sisyphus shoes:

At this point, I would like to thank my astrology guru, Professor Leszek Weres, for an inspiration to put the above-mentioned game in my text. Now, let’s go back to square one with our Uranus square Pluto situation. I just want to mention that those two planets create an exploding combination of sudden and fast energy of liberation, with obsessive holding on force, seemingly in a no-way-out situation. If we are not going to make any changes, we will die, knowing at the same time, that such a change might be killing our current situation. What can we do, then? My answer is simple: DIE!

I am not an expert on myths, but as far as I remember in our story, everything was perfect. Sisyphus had a great life, not a typical situation we find in myths. Not only he could taste nectar, ambrosia, and ayahuasca on an earthly level (the term “earthly” does not suit these substances), but he also he was able to steal divine stuff for his companions, sons and daughters of Corinth. One day it was enough for the Gods and Sisyphus got suddenly (Uranus) into some deep syphilis called Hades (Pluto). In the very last moment he came up with a brilliant thought (Uranus energy), since he was obsessed with life and did not feel like giving up (Pluto). This can be easily understood, since two major factors, a diet consisting of nectar and ambrosia, combined with nice company of Corinthian men and women, created a notion of not leaving this un-earthly state of affairs, and knowing some myths, affairs is the right word to use. That was his mistake. It was a moment when he should accept the situation and die! We may, however, assume that Sisyphus was a Capricorn and therefore advance a thesis that was honored by given task that lasts eternity.

In 2012, I witnessed “death” amongst my friends. I used quotation marks since it does not have to be death per se; it can be (and should be!) a symbolic one. In the beginning of 2013, I met a woman with serious health issues and many other problems on her head. We had a chat and she said, “I’m afraid that I am going to die, that my family will be left with my problems, and that fear holds me back from living.” That night, just few hours after our first meeting I woke up in the middle of the night and had a vision regarding her and what should be done. She should live through her death! In this vision a whole ceremony appeared in front of me. It was an amazing experience; I let the images flow and change and connect with one another. Recently I read “Psicomagia” by Alejandro Jodorowsky, and this ceremony was very much like a psycho-magic act.

I also recall exercise number 75 from Victor Sanchez’s book “The teachings of Don Carlos” called “warrior’s burial”. My vision of a burial ceremony was a mixture of Jodorowsky’s actions with a specific practice of Sanchez, described as a “burial in the ground”. According to Sanchez, by burying oneself for the night, it is possible to bury our old self and give birth to a new one.

I am not sure whether that woman I met would like to “live out” such experience; it’s entirely up to her. However, as Aleister Crowley once said: “Everything must be destroyed before anything could arise”.

With such optimistic quotation, I wish all readers of Taraka that 2013 be a year of rebirth. Death should die!