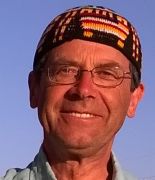 Love, connection channels and mass astrology in many dimensions of time

Astrologers do not usually look for rare phenomena. The subject of their interest and investigation are the most ordinary and average events in people's lives. But these average events are accompanied by planetary patterns. Astrology is where it is assumed or supposed that the regularities in human events correspond to the regularities of planetary patterns. Or differently, similar events are accompanied by similar (somehow) planetary patterns. The planetary pattern is always a hard fact. The position of the planets in the terrestrial sky can be determined with practically any high accuracy and for any time. Events in people's lives are not so “hard” anymore. The image of most of them depends on the subjective interpretation. For example, if we try to establish and check the rule that “during Mars transit to one's natal Mars a conjunction, opposition or square there is a threat of assault” – can we consider the robbery when installers enter the home to repaire electrical wiring? Does this event confirm that rule about the connection between Mars transits and robberies, or does it deny it? Another rule may be that during the transit of Venus to the natal Moon the mood of erotic character intensifies and appropriate events or adventures may occur. If a friend from the old times on a Facebook page appears with whom nothing erotic has ever connected me, will it be a confirmation of this rule? This instability of interpretation impedes the “hard” experimental testing of astrology, and those unconvinced by astrology are discouraged by it because they find too many unreliable statements in it.

Therefore, before attempts are made to check whether “astrology works”, i.e. whether in fact similar facts from people's lives correspond to similar (somehow) planetary patterns, one must find such facts from the lives of people who are possibly “hard”, i.e. inactive or less susceptible to interpretation. Those that can not be easily “twisted”.

Love as a second kind of hard fact

The first type of hard facts is death; I wrote about it in the previous part.

The second kind is love, and more specifically the cases of relationships from which at least one child was born. Of course, you can exacerbate that criterion, for example by allowing only the pairs that did not part, or which together survived at least 10 years, or similar, to the sample under test.

The similarity between the cosmograms of two people consists in the presence of aspects between their planets. Such mutual aspects are called synastries, from the Greek words syn (together) and astron (star). Formally, synastry is the same as transit: in both cases the aspect is between planets from two different times. The first of these two moments in both cases is the birth of a certain person. The second moment is either an event in the life of the person, and then the astrologer speaks of transit, or it is the birth of the other person, and then this aspect through the time is called synastry. (If the birth of the second person is considered an event in the life of the first person, then synastry is the same as transit.)

The similarity of planetary patterns in two moments of time is measured in the same way for transits and for synastries. This is the sum of contributions from each pair of planets: planets from the first and the second moment. Such a contribution is equal to zero when there is no aspect between them (transit or respectively synastry); is equal to 1.0 when the aspect is exact – and if the aspect is inaccurate, then it is a value from the range (0.0, 1.0). The function showing how this value depends on the inaccuracy of transit is a bell function. Whether for the practical calculations, take the function of Gaussian normal distribution, or some simpler polynomial, we will not decide now. The maximum value of the similarity counted in that manner equals 100.0, but for obvious reasons it is usually much smaller. Exceptionally high – and rare – values are about a dozen units.

Astrologers are convinced that similar horoscopes attract themsefves and the same is in love: we expect that natal charts of lovers are more similar than charts of people who have passed by indifferently. The hypothesis is that the cosmograms of the parents of a shared child have high similarities, significantly higher than the similarity between random persons or randomly selected moments of time.

As with the previous task, the death, for comparison, it is not enough whether the mutual similarity is “high” or “low”. It makes more sense to check if the pattern of the second person's planets is in the area of maximum similarity to the first person. Perhaps it does not hit the peak of this maximum, but somehow gravitates around the peak. Successful lovers should not only have a high level of similarity between their charts, but also one of them should hit the “attracting hill” of the similarity of the other.

However, this principle works both ways! Not only the mother of the child should have been born during the hill of similarity in relation to the (horoscope of the) father, but also the father should be born on the hill of his partner. How to grasp it mathematically? The function of two variables, two times should be prepared: the time of birth of the person A and the time of birth of the person B. The hypothesis is that the moments of birth of people who have a child (or, which are connected by giving birth to a shared child) lie on the hill of mutual similarity in the function of both times of birth.

Such a hill in a two-dimensional time field would be characterized by three numbers, like a hill in one dimension: by its eminence, i.e. the height over which it protrudes over the background, the extent (mean radius), and deviation or the distance of the point (birth A, birth B) from the summit or the strict maximum of the hill. Measuring the hills of functions would be a grateful task for students of programming; indeed, this problem has probably been solved many times on different occasions.

If John loves Mary, they live together and give birth to a child, it follows from the model described above that it is very likely that there is a pair of John-0 and Mary-0 who were born exactly on the hill -- exactly in the maximum of similarity for the same area of their times. John-0 and Mary-0 would be a kind of ideal, an ideal pair for all other couples from the same hill, and actually for those who were born only on the slopes of this similarity hill, not on the top. Advanced research should find and identify such peak pairs and examine them as particularly interesting specimens. Testing by some psychological statistics a whole tribe of couples populating the same hill of similarity promises to be equally interesting. What is similar in them at the “human” level: both in individuals and in relationships? The task would be a more sophisticated counterpart of time twins.

We continue to notice that the relationships described above, by belonging to the common hill of similarity, concern not only synastries (meaning the birth of people with whom we have something to do with the life plan), but literally all events. In this view, time is not a line: it is a fabric of “similarity channels” inhabiting a two-dimensional plane time×time, where × is a Cartesian product of two copies of the time axis. It is worth somehow call the similarity hill, or channel: let's call it a connection channel.

Future advanced and experimental and based on large collections of samples, astrology, should have as a subject connection channels and their manifestation in the empiric sphere: as birth, as events in the lives of the born, as births of people associated with them and as their deaths. Death, for which I sketched the method in the previous episode, may be covered by the same general method.

What is the difference, probably not one, between the astrology designed here and the present one? – On the fact that present astrology deals with points, like through a magnifying glass: here I see and consider the point of one's birth, here I see a single aspect, or there is a single transit. The capacity of the mind of a single person does not let you see more; besides, we note the familiar and inherent clumsiness of man in mathematics. The future astrology sketched here would deal with large collections, masses of such point data. It will need two things: methods of visualization, or actually facilitating human perception of those great collections of astro-data and the connections between them; secondly: communication between people who are subjects or, rather, owners of those data. The same ambitious task is to extract from the data set what is important to characterize residents of a certain connection channel; this task contains finding those people among 400 million Americans or 70 million French. Are there times of birth recorded in China, I do not know. In some countries, like in my Poland, the time of birth is a sensitive topic, as if it was feared that an astrologer would steal someone's soul.

One way or another, astrology should meet what is now emerging and will probably evolve in the future like an avalanche: I mean “IT ecosystem” or “IT tissue”, largely artificially-intelligent, which will overgrow human individuals and societies.

Still about connection channels. The connection channels combine two moments of time. When there are more of these significant moments, for example when we consider synastries not between a pair of lovers, only among the board of the company, the channel increases the number of its dimensions to N, it becomes spanned on N axes of time and in the N-dimensional “time space”. Perhaps there are some “hard nuclei” of intertemporal relationships that manifest themselves in the phenomenal world as objects of particularly long duration and resistant to change.

How to use new tools for the development of astrology?