Cycle: Doorways Theory (how many: 14)

From the point of view of physics there is an elementary difference between living organisms and dead aggregation of coal atoms. The first cope much better with acquiring energy from the environment and with giving it back in the form of warmth.

We've been so far largely discussing the difference between inanimate and animate Universe. The inanimate we called Mass (or Matter), the animate Life (or Aliveness), and contrasted the two as a sort of primordial couple.

I looks they are very much like the PLUS and MINUS charge of elementary particles, or, to be more precise, the two basic elements of anything. Say, the proton and the electron.

We've explained that Mass means something that remains, apparently, there. This is the favourite conversation topic of men. Actually it's enough to go to the sauna and listen to what men talk about, to conclude. As a general rule, they present, discuss and worship facts.

Life, in turn, is created when something is missing. That is a favorite topic of women. They not only can easily see „holes” (incongruencies) in male behavior, they also find delight in testing motives, requiring gifts, and complaining on lack. All these attitudes could be summed up as: the fascination with trouble.

Now, let us admit that: when there is a hole in the otherwise smooth tapestry of Mass, then only an exciting flow of current (of any kind) can be created. The still waters become  troubled.

We then have a Restlessness of particles, which is their Aliveness. Please notice that the hole is exactly what electron is. Electron is a hole, it's a lack of charge, that moves around in the otherwise stable cloud of positivity. This hole in the positivity is what creates imbalance, is what creates ripples, reactivity, and ultimately — Life. Please note, how the Ultimate Feminine keeps things alive, by rendering them lacking (wanting). See how the wanting creates desire, electricity, sexiness, mobility  and  trouble. Without the hole we would not have it. Without the hole, everything would have been perfectly untroubled, like the Ultimate Masculine likes it to be. We would be motionless (in-animate) rock.

Here's the conclusion: The Ultimate Feminine, by creating the feeling of lacking / wanting animates the Universe with Life. Life then, as stated in the quotation at the beginning of our article, is the acquiring of energy from environment and then giving it back as warmth.

In other words, it's a giving-and-taking process!

A living organism is constantly lacking energy — it will die without an external source to offer „food”. The energy it will obtain this way, it will then transform into its own life energy (warmth). This is how Life operates, and this is what primarily makes it different from Mass. The constant flow, the perpetual exchange, the giving-and-receiving, and the neverending restlessness.

That Wanting can only be felt by Life. Mass could never want anything, it is simply to dull to feel. It is dull, but it is also stable, permanent. Once the Wanting was created, nothing ever more remained permanent. To the contrary: everything became animated and finally – everything became alive. 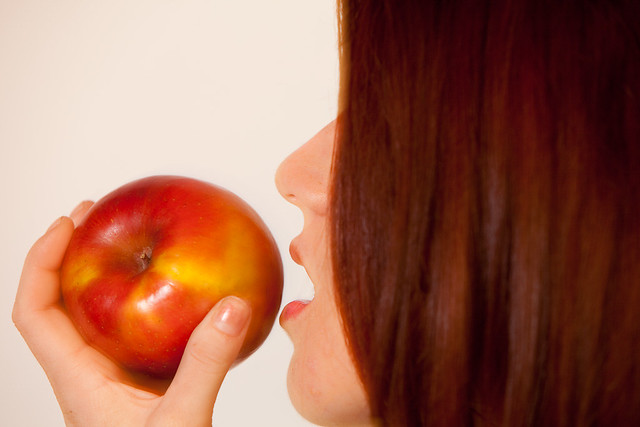 Now, we want to point out to this Restlessness, as the most basic charcteristic of the Animate Universe. Its equivalent with the Inanimate Universe, that we have already discussed, was the obviousness of material things.

Mass - is obvious (in other words: it's there)

Life - is restless (in other words: it's wanting)

At Doorway Two we are going to work with restlessness, just like some time ago we did with obviousness. Restlessness is the essential quality of Aliveness, and thus the essential quality of our lost small self. We've explained it in the recent article, that small self is what's actually feeling alive in every human being, plant, funghi, bacteria or animal. It is the very feeling of being here, one that any living organism has because it is alive.

The small self experiences Restlessness

“God changes his appearance every second. Blessed is the man who can recognize him in all his disguises.”

Just like Restlessness is the in-born quality of Life on Earth, it is also the in-born quality of our small selves. Every small self is permanently throbbing, bubbling, rocking, rolling, milling about, preening itself, gurgling, chasing its own tail, shivering, chirping, bouncing around, wobbling, biting, tousling, salivating, miaowing, producing cheesy emotions, and in many other ways celebrating its own here-ness.

Is the small self ever still (even for a minute)?

Well, this remains the nature of our small self — it's into mischief. Like a puppy, it cannot stop, it runs restlessly all around home being friendly with anyone and anything. But its ways of showing love are myriad! It could for example bite a guest who just entered, or tear apart the bag of organic trash spreading it evenly around the carpet. Hey, it's happenin'! Or eat the bacon that Mum bought for tomorrow. Or run away with the Grandpa's denture.

We have to really watch it, watch it all the time!

When it gets older, we'll castrate it, yes. So it doesn't get pregnant when the neighbors dog drops by on a visit. Yuk, pregnant? Now, that would be a nuisance. Castrated self would make us feel much safer, well, at least it could function more or less normally in the monogamous society .... More or less. For still it would be far from angel.

Never a boring day with our personal Aliveness.

Why all the Restlessness that our minds experience throughout our lifetimes? Of course, it's the giving-and-taking of energy that creates the very basis for existence on this level.

We all the time think (even if subconsciously) that we are wanting something. For the purposes of these articles I used to call this wanting the Rebellion of Eve. Our Great Mother Eve in biblical Paradise was the first one to feel it – and exactly in the moment when she desired the Apple.

It comes though, and unfairly so, with a great deal of shame.

Ashamed of our Self

MAGDALENA: ...I know I'm not going to marry. I'd rather carry sacks to the mill. Anything except sit here day after day in this dark room.

BERNARDA: That's what a woman is for.

MAGDALENA: Cursed be all women.

BERNARDA: In this house you'll do what I order. You can't run with the story to your father any more. Needle and thread for women. Whiplash and mules for men. That's the way it has to be for people who have certain obligations.

We are supposed to be ashamed of our True Selves. We shouldn't have too much vitality, we are expected to be modest. Don't think too much of yourself! Hide your sexual energy and avoid your charisma, especially when you are Polish! Be like everybody, dry, boring, do the same things, go to church, go to job and don't stick your nose out of the last row! Do not by any means allow your creativity to flourish. Do not allow people to see you, to admire you, to gossip about you and (also, for that is Life) to hate you.

Instead, know your place...

And so the small self stays continually unsatiated. It is in the state of permanent rebellion, for, like the enneagram Two, it didn't get what it wanted. Where is its freedom then? It didn't get the sexuality it wanted. It didn't receive the love and tenderness it dreamed of. It didn't find creativity that it so much longed for all its youth. Instead, it stays locked, separated from Freedom, cut of from the fun of existing as a Wonderful Family of Individual Selves, the Gathering of Tribes in the mythical Free Society.

Cast off from Paradise.

Now, are you surprised it's restless?

Are you astonished it's neurotic, powerless and intimidated?

It's been imprisoned, manipulated, indoctrinated, tortured and lied to — and it didn't even know it had a future. The closed patriarchal system of sick Mass has taken its future away, has squeezed it into an intricate system of cages: the law, the education, the custom, the busisness, the family, the opinion... Every single one of them nightmarishly real and there...

The free tribal spirit of Great Mother was thus cut of from its roots, forced to function like a puppet in the million roles society wants us to perform.